How the Women on the Game of Thrones Project Power: Balancing Yin with Yang to Achieve ‘Classic’

Categories
Tags
Do Women Have to Be “Likeable” to Get Ahead?
Women hold more than 60 percent of the graduate degrees in the ‘leadership pipeline; and according to the Center for Talent Innovation, 64 percent of senior women want to be promoted to the next level. So why aren’t they getting the job? Is it simply because they’re not ‘likable’? That a professional woman is seen as ‘bossy’ where a professional man is seen as ‘in charge’?

Can a woman be both likable and effective? 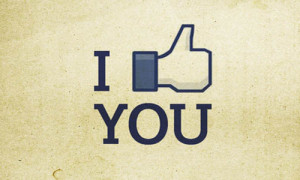 Every time a woman takes the national or international stage, a conflict between likability and effectiveness surfaces. In the Big Five personality studies, researchers agreed that we judge others on if we find them likable, trustworthy, capable, intelligent and friendly. Why do women fail to read as ‘likable’ even if they score high in the other four areas?

It’s generally understood and accepted that women face different issues than men at the most senior levels. For women, it’s difficult to balance being feminine with authoritative, effective with likable. Men don’t have to worry about being disliked because they’re effective or authoritative or wear a suit.

Why it’s easier for men to get ahead than women

Though we know that gender is no predictor if a person can actually lead, the corporate world still sees that women embody such “feminine” traits as being less self-confident, less analytical and less emotionally stable, traits not associated with capable leaders; while “masculine” traits — being aggressive, dominant, objective, and competitive — are considered the core of leadership. Ironically, men aren’t even aware that being male gives them an inherent privilege – access, acceptance and authority they’re unaware they possess.

When women do show they’re ‘leaderly’ with ‘masculine’ traits – they’re often punished for it. Experiments repeatedly show that society tends to fault women for having career ambition and entrepreneurial smarts while rewarding those same attributes in men.

In an experiment conducted at the Stern School of Business at New York University in 2003, male and female graduate students were asked to assess leadership capabilities of a real-life successful entrepreneur named ‘Heidi.’ ‘Heidi’ got fairly low scores as a leader, yet, when her name was changed to ‘Howard’ the students suddenly changed their minds and ranked ‘him’ much higher as a leader with potential.

Judging the likeability factor. Students given the case study about Heidi perceived her as “selfish,” “out for herself,” and “a little political” — in short, not as likable as Howard. When this experiment was replayed in 2013, substituting ‘Kathryn’ and ‘Martin’ for ‘Heidi’ and ‘Howard’, students actually liked Kathryn slightly better than Martin (8 versus 7.6) — but they didn’t trust her nearly as much (6.4 for Kathryn, 7.8 for Martin). As the evaluators explained to CNN correspondent Anderson Cooper, who staged the replay, “men seem more genuine,” whereas women seem to be “trying too hard,” making them less trustworthy.

Are Women ‘Punished’ for Being Successful?

The likability-versus-competence tradeoff is a perpetual double bind that women in leadership will always confront. First documented in 2004, when Madeline Heilman and others found that successful women, unlike successful men, suffered social rejection and personal derogation when they succeeded, particularly in male-dominated arenas.

A large-scale study of 60,470 men and women conducted in 2011 found that, while slightly more than half (54 percent) of participants said they had no preference when it came to choosing the gender of their boss, the other 46 percent indicated a strong preference for a male superior — by more than a 2-to-1 ratio, in fact.

Why ‘Bossy” Should be Removed from Our Vocabulary

How Women can be be seen as Likable

Likeability can be taught, though it needs to be balanced. Here are five things a female executive must do to increase her likeability:

1. Don’t boast about yourself, but still be seen and get others talking about your greatness. Find subtle ways to have others share your successes rather than going head-on into telling your greatest hits. Men can get away with the direct line, but you’ll be seen as overly aggressive.

2. Don’t talk negatively about other women. You’ll be seen as catty and unprofessional. In performance conversations where you need to give direct feedback, avoid emotional language and keep the conversation as ‘soft’ as possible.

3. Smile. Women are expected to smile more. If we don’t, we’re seen as cold. So smile, genuinely and sincerely, as much as you can.

4. Be self deprecating and vulnerable. This is another way of being authentic – a key to leadership. This is a balance, again, as you don’t want to seem weak. However, you can share vulnerability from time to time and talk about a challenge you’ve faced or an embarrassing moment, as long as you also show how you took action to resolve the issue.

5. Draw attention to your eyes using color. Wear a blouse, scarf, or jewelry near your face that compliments or enhances your eye color. Eyes are, indeed, windows to the soul and the more you can do to make and keep positive eye contact, the friendlier you appear.
Share
0